Whilst I remain optimistic that demographic trends combined with new jobs that exploit Homo Sapiens' creativity and social skills will lead to new jobs to replace those destroyed by automation.... there are worries.

Within 20 years autonomous vehicles will have largely replaced today's "driven by humans" variety. I parallel bots are replacing call centre and customer service jobs. Trump may force companies to bring jobs back to the US but they will largely be robots.

Lifelong learning is critical but one key partner )(The Enterprise) is driven by profit- shareholders profit and as they replace people with algorithms, robots, bots and deep learning will they step up to the mark?

Twenty to thirty years is not a long time to re-equip people with the skills and tools to face a brave new future. What will these new jobs be and will the new skills become redundant before they can be out into place.

Augmented intelligence and a population seeking services that depend upon people skills may well mean workers do advance and gain new living standards. But if they do not expect the disaffected to be far more vociferous than today's Trumpanistas, Brexiteers, National Front and other extremes of left & right, internationalist & nationalist, resident and immigrant and so on.

Recently The Economist published a special report called Lifelong learning is becoming an economic imperative, talking about how the workforce will need to adapt to increases in technology and automation across industries. Short version, resistance is futile. Long version, read on. Yet as elegantly analyzed by Denis Sproten in his piece AI is rewriting John Keynes equation of employment, it really isn't that simplistic. In the aftermath of the first industrial revolution, you saw manual laborers go from farms to factories. The cognitive requirements were higher, but most handled the transition in stride. Today, workers are transitioning from factories to offices, again increasing the cognitive requirements, but still most people cope. Can we level up forever, you ask..? 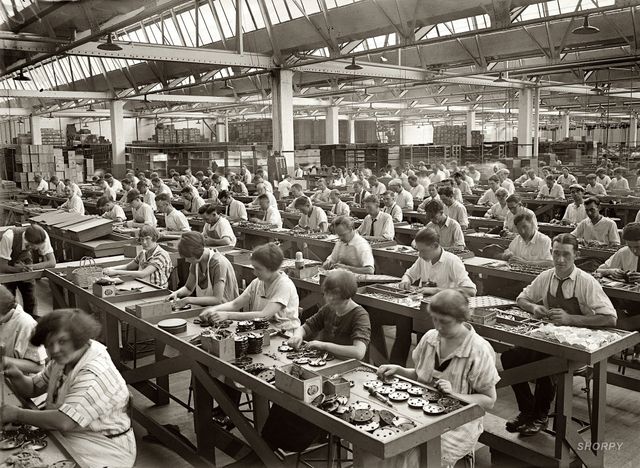 "How The Economist is wrong about #ArtificialIntelligence" https://t.co/nBulkNsuES by @aki_ranin on @LinkedIn

The facts fly in the face of many biases and... https://t.co/WViuqitJ3F

"How The Economist is wrong about Artificial Intelligence" https://t.co/MadiuUeNtk by @aki_ranin on @LinkedIn

"How The Economist is wrong about Artificial Intelligence" https://t.co/Z0rXdwmhpZ by @aki_ranin

How The Economist is wrong about Artificial Intelligence https://t.co/KjShsHqkPW #ai #ml #dl

The present and future of data in insurance
Mike Daly